The MISSION-T2D aims at developing and validating an integrated, multilevel patient-specific model for the simulation and prediction of metabolic and inflammatory processes in the onset and progress of the type 2 diabetes (T2D). The ultimate goal is to provide a diagnostic tool to estimate the risk of developing T2D and to predict its progression in response to possible therapies. In Europe, T2D is one of the most common age-related diseases and a major public health concern. Recent data show that T2D and its complications (heart, kidney, retina, diabetic foot) should be considered a systemic disease sustained by a pervasive, metabolically driven state of inflammation. Accordingly, there is an urgent need to (a) understand the complex mechanisms underpinning the onset of T2D and (b) to identify early diagnostic parameters and related inflammatory indicators, by following a personalized medicine approach. This mission will be accomplished by setting up a multi-scale model to study the systemic interactions of the involved biological mechanisms (immunological/inflammatory processes, energy intake/expenditure ratio and cell cycle rate) in response to a variety of nutritional and metabolic stimuli/stressors. The overall architecture will exploit an already established immune system simulator as well as several discrete and continuous mathematical methods for the modelling of the processes critically involved in the onset and progression of T2D. The crucial validation work will compare simulation predictions with actual biological and clinical data. MISSION-T2D aims at paving the way for translating validated multilevel immune-metabolic models into the clinical setting of T2D. Indeed, this approach will eventually generate predictive biomarkers from the integration of metabolic, nutritional, immune/inflammatory, genetic and gut microbiota profiles, as well as of clinical data, suitable to be translated into cost-effective mobile-based diagnostic tools. 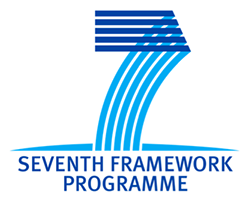